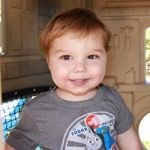 With advanced MRI technology, one can look at biochemicals in the brain, pathways involved in thinking and movement, and tracks connecting various important functions in the brain. Dr. Gropman uses these sophisticated neuroimaging techniques to understand the effects of UCD on brain function.

Patterns of Brain Injury in Inborn Errors of Metabolism

Dr. Gropman has found there is change in the fiber tracks in the brain which are comprised of myelin, a substance that coats the nerve cells and speeds conduction of impulses. By using a technique known as diffusion tensor imaging or DTI, small disruptions in myelin can be measured and correlated with changes in cognitive and motor function.

Findings of routine MR imaging in OTCD are often normal in patients with late-onset OTCD, in heterozygotes (female carriers who have the OTCD mutation on one chromosome with another non-affected chromosome), or in those not in hyperammonemic crisis. DTI is more sensitive for detecting abnormalities in normal-appearing white matter (fiber tracks). The extent of abnormality correlated with cognitive deficits. The location of the white matter track abnormalities was in the frontal white matter.  This is important because this area connects fibers that are vital to executive function, attention, and working memory—all areas of weakness in patients with OTCD.

An fMRI Study of Altered Neural Activation During Executive Cognition

Functional MRI is a technique in which a subject performs a thinking or motor task in the scanner, and imaging can show what parts of the brain are active during the function. This research has shown that brains of people with OTCD have to work harder and activate more areas to assist in these tasks than subjects without OTCD. The OTCD subjects take longer to respond, although accuracy may still be good. There is a time-to-accuracy tradeoff and the brain is less efficient in performing these tasks.

OTCD participants show increased brain activity (neuronal activation) compared to control (those without OTCD) participants when performing the same tasks. This points to sub-optimal activation of the working memory network in the brains of OTCD patients, most likely reflecting damage caused by elevated glutamine or hyperammonemic events.

Brain glutamine can be elevated even when the glutamine levels in the blood are normal or on the high side of normal. This is measured by a technique known as Magnetic Resonance Spectroscopy (MRS). Some subjects were on the verge of a hyperammonemic event during their studies, but did not have noticeable symptoms. When glutamine increases in the brain it causes swelling. A counter regulatory, or buffering molecule, called myoinositol, decreases to try to decrease swelling. This is an adaptive, protective function. One question is whether the amount of brain myoinosital that remains after hyperammonemia can predict the severity of a future hyperammonemic episode. If it can, MRS can be a useful way to monitor patients who might have elevated brain glutamine levels despite normal blood labs. This monitoring could help physicians intervene before glutamine rises to damaging levels and may help to prevent future hyperammonemia.

This study showed that brain metabolism is impaired in partial OTCD. Depletion of myoinositol and total buffering capacity are inversely correlated with disease severity, and serve as biomarkers. Biomarkers are important to developing interventions and treatments to prevent the effects of UCD on the brain.

If you have questions about current studies or trials, or would like more information on how you can participate, please contact: