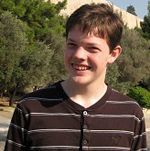 Argininosuccinate lyase deficiency (ASLD; also known as argininosuccinic aciduria) is the second most common urea cycle disorder (UCD) and accounts for 15-20% of all disorders of ureagenesis. Individuals with ASLD can have unique clinical and physiologic characteristics as compared to other UCDs. Previous work from the Urea Cycle Disorders Consortium (UCDC) has shown that individuals with ASLD can develop intellectual and learning disabilities despite having fewer episodes of hyperammonemia as compared to the proximal urea cycle disorders OTC deficiency and CPS1. Neurocognitive deficits have been observed even in ASL individuals even without any documented hyperammonemia. Furthermore, liver abnormalities including hepatomegaly, hepatic injury, fibrosis and cirrhosis, and vascular issues like hypertension are well described in ASLD. Previous studies have demonstrated a tissue and molecular-specific role for ASL in the generation of nitric oxide (NO). ASL is not only required for the synthesis of L-arginine, the substrate for the synthesis of NO, but is also an integral member of a complex that is critical for synthesis of NO from arginine. Loss of ASL can thus lead to systemic and tissue-specific NO deficiencies, which could potentially contribute to the complex ASL phenotype, including neurocognitive deficits. A rational therapeutic option could be use a NOS-independent NO supplement.