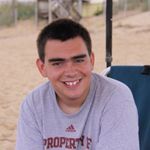 The urea cycle is a series of chemical reactions through which the body converts the toxic waste nitrogen into a substance called urea that can be disposed of by the body easily. While disposal of nitrogen is the major function of the urea cycle, recent research has shown that some enzymes of the urea cycle are also important for producing nitric oxide. Nitric oxide is an important chemical with many functions in the body including regulating blood pressure. Through this study, researchers will studied the production of nitric oxide in people with citrullinemia type 1 using stable isotopes. Stable isotopes are harmless compounds that can be used to track and measure the production of specific chemicals in the body. The goal of this study was to understand if people with citrullinemia have problems producing nitric oxide. Understanding this may improve the treatment for patients with citrullinemia.

Much of the body’s organs and muscles are made up of protein. The building blocks of protein are amino acids. To keep healthy, the body is always making new protein and breaking down old protein that has become damaged or old. It must also break down the protein we eat into a form it can use.

When protein is broken down, a substance called nitrogen is formed. Normally the body deals with this nitrogen by combining it with other things to make a harmless substance in the blood called urea through a process in the liver called the urea cycle. People with urea cycle disorders are not able to make as much of this urea from nitrogen. Because of this, they can have too much nitrogen (in the form of ammonia) in their blood. This build-up of ammonia can harm them.

In this study, researchers worked with people who have been diagnosed with argininosuccinate synthetase deficiency (ASSD) (citrullinemia), a disease belonging to the family of urea cycle disorders. When first diagnosed, people with citrullinemia usually have high levels of two substances in their blood-ammonia and citrulline. This is because the chemical needed to clear these substances from the blood stream is not produced.

In a study completed in August of 2009, stable isotopes were used to measure how well participants' bodies were able to change nitrogen to urea. Stable isotopes are very small particles already in the body in small amounts. The structure of isotopes is slightly different from other molecules, so by giving a small amount through an infusion into a vein, researchers are able follow them as they go through the urea cycle. The production of nitric oxide, an important chemical thought to be involved in how veins and arteries work, was also measured in participants. The results of that study suggest that the urea cycle does not produce much of the body's total nitric oxide. But to confirm this, more studies are needed. Because citrullinemia involves a particular defect in the urea cycle, studying this finding further will allow better measure how much of the body's nitric oxide comes from the urea cycle.

Acute liver failure (ALF) is defined as severe and sudden liver dysfunction leading to coagulopathy and encephalopathy in a previously healthy person without preexisting liver disease. Almost half of adult cases of ALF are due to acetaminophen toxicity, with 21% labeled indeterminate or other. We present a patient with a second episode of ALF, both episodes being initiated by catabolic stress. Elevated aminotransferases, jaundice, an elevated international normalized ratio, and confusion were typical of idiopathic ALF, and a low serum ceruloplasmin level initially led to a misdiagnosis of acute Wilson disease. Citrullinemia type I, a urea cycle defect caused by a deficiency of argininosuccinate synthetase, was diagnosed on the basis of plasma amino acids and was confirmed by molecular testing. Urea cycle defects are not generally considered causes of ALF in adults and are described rarely in children beyond the neonatal period. Our case illustrates the importance of screening patients with idiopathic ALF for a metabolic disorder. A prompt diagnosis and timely treatment enabled her to recover fully without the need for liver transplantation.

Expanded newborn screening detects patients with modest elevations in citrulline; however it is currently unclear how to treat these patients and how to counsel their parents. In order to begin to address these issues, we compared the clinical, biochemical, and molecular features of 10 patients with mildly elevated citrulline levels. Three patients presented with clinical illness whereas seven came to attention as a result of expanded newborn screening. One patient presented during pregnancy and responded promptly to IV sodium phenylacetate/sodium benzoate and arginine therapy with no long-term adverse effects on mother or fetus. Two children presented with neurocognitive dysfunction, one of these responded dramatically to dietary protein reduction. ASS enzyme activity was not deficient in all patients with biallelic mutations suggesting this test cannot exclude the ASS1 locus in patients with mildly elevated plasma citrulline. Conversely, all symptomatic patients who were tested had deficient activity. We describe four unreported mutations (p.Y291S, p.R272H, p.F72L, and p.L88I), as well as the common p.W179R mutation. In silico algorithms were inconsistent in predicting the pathogenicity of mutations. The cognitive benefit in one patient of protein restriction and the lack of adverse outcome in seven others restricted from birth, suggest a role for protein restriction and continued monitoring to prevent neurocognitive dysfunction.