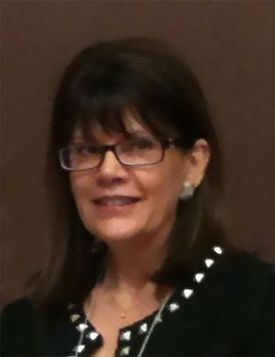 With great sadness, we announce that Cindy Le Mons, Executive Director of the National Urea Cycle Disorders Foundation (NUCDF), passed away June 21, 2022, following a short battle with cancer, surrounded by her loving family. The NUCDF family mourns the loss of Cindy and extends our deepest sympathies to her family. Cindy was THE driving force in advancing NUCDF's mission and work in the urea cycle disorders (UCD) community. She will be remembered as an inspirational leader committed to accelerating research to improve the understanding of UCDs, as instrumental in developing new interventions and treatments to improve patient outcomes, and as the nucleus for UCD families.

Cindy's work with NUCDF began in 1995 as a board member. She became co-president in 1999 and, in 2001, became the foundation's first Executive Director. For three generations, Cindy's family has been affected with urea cycle disorder (UCD), which provided Cindy with a depth of experience about the issues and concerns faced by UCD families, both day-to-day and long-term. Her focus was to overcome barriers to early identification, improve access to the highest-quality patient care, stimulate and accelerate UCD
translational research that lessens the burden of the disease, improve survival and neurocognitive outcomes, and ultimately lead to a cure.

Cindy's experience included a wide range of leadership roles in research studies and clinical trial development efforts, as well as collaborations with diverse stakeholders. She worked to achieve state-mandated newborn screening for UCDs and other inborn errors of metabolism. She played a pivotal role in the development of international scientific symposia and continuing medical education (CME) programs for research scientists and medical professionals.

Cindy's direct interactions in supporting UCD patients and families and the trust they placed in her as their advocate over the last 20 years, allowed her to have a unique understanding of the spectrum of UCDs, management and treatment issues, and quality of life concerns.

Central to NUCDF’s success was Cindy's patient-centered outcome approach. She drove the development of new drug treatments and fostered new model research collaborations. She helped establish the Urea Cycle Disorders Consortium (UCDC), which is part of the NIH-funded  Rare Diseases Clinical Research Network, and served as a co-principal investigator for the consortium. She also contributed to the development of the CureUCD Center for Preclinical Discovery at Baylor Medical Center

Cindy's role in the UCDC included:

Her efforts supported research studies that have contributed to an increased understanding of urea cycle disorders and the role of the urea cycle in general population diseases. Clinical trials conducted by the UCDC have resulted in U.S. Food and Drug Administration approval for drugs that have been transformational for UCD patients. In addition, model methodologies for data collection and documenting outcome data have been developed, and neuroimaging studies utilizing fMRI and spectroscopy to identify brain biomarkers have led to a greater understanding of the effects of UCD on the brain.

Tresa Warner, President of NUCDF, issued the following statement on behalf of the NUCDF board:

"Cindy was our grounding force, the center of knowledge, and the bedrock of our community. She was a sharp, clear-eyed thinker and a passionate advocate, both pragmatic and compassionate. Cindy was a phenomenal leader whose passion for helping our most vulnerable families was rooted deeply in her soul, and she radiated that passion to everyone around her. She has left enormous shoes to fill, but we commit to continuing her life's work in her honor. Personally, I'm deeply saddened by the loss of my extraordinary friend. Cindy is irreplaceable, but she has left us with the momentum, structure, and inspiration to carry on her critical, compassionate work. It has been said that those who are remembered never perish. Her life's work will continue until the mission is complete: ‘Our Dream is for a cure, and we will not stop until we have one’.”

NUCDF anticipates additional announcements soon regarding the plan for succession. Until then, Cindy's responsibilities as executive director will be supported by Tresa Warner, NUCDF President.

“Cindy developed and orchestrated a sophisticated program of medical care and research springing forth from her love and passion for families with urea cycle disorders. The NUCDF from its inception provided information and hope at a time when details were not readily available and understandable for families in their greatest hours of need.  Cindy advanced the care of urea cycle patients and their families through unrelenting enthusiasm for the work of health professions surrounding her. I as many others miss her.”

"Cindy not only inspired a whole patient community, but also a scientific community to come together as one, to find a cure for urea cycle disorders. Her passion, drive, and singular focus was a model for so many other advocacy organizations. She was a giant in the world of rare disease and family advocacy."

"Cindy was a one-of-a-kind human being who had a deep impact on the lives of many. For individuals and families affected by urea cycle disorders, she was their hope and their strongest advocate. For researchers and physicians, she was their guiding light. For the young and talented investigators, she was their loudest cheerleader. She was at the forefront of advancing clinical and translational research in urea cycle disorders, and her singular focus on improving the lives of affected individuals and families was inspiring. Even while fighting a hard battle with cancer, she continued to work as though the diagnosis was no big deal. In her last email to me, which she sent on the day she passed away, she provided sound advice on an approach to develop guidelines for the treatment of urea cycle disorders! We all owe Cindy a lot. It is now time for us to pay it forward by advancing the mission of the NUCDF."

"The urea cycle community lost a guardian angel, friend, and colleague. Cindy Le Mons was one of the smartest, hardest working, and toughest women I knew. She poured her heart and soul into the NUCDF, the families with UCDs and colleagues. Her goal was a cure, and she worked selflessly and tirelessly toward that end. She was a great source of information and comfort to especially newly diagnosed patients and knew more about UCDs than most clinicians. She was very supportive of young investigators and clinicians as well as the work of the UCDC. Cindy had a kind heart and put others before herself. On a personal note, she supported me and my work and inspired my daughter (who did remote work with the NUCDF summer during COVID) to pursue a medical specialty that would enable her to work closely with patients, interact with them, and learn from them. I have a sticker on my water bottle that reads, "Don't stop when you are tired, stop when you are done." This was Cindy, working right up to the end. I will miss her a lot. The field has lost a great champion for UCDs, a friend and a good person. Things will definitely not be the same, but we will strive to carry on her work in the way that she would have done it. Cindy was one of those strong women we are happy to know, strive to be, and want our daughters to become. "

We invite you to share a message of remembrance.